Places to visit in Toronto 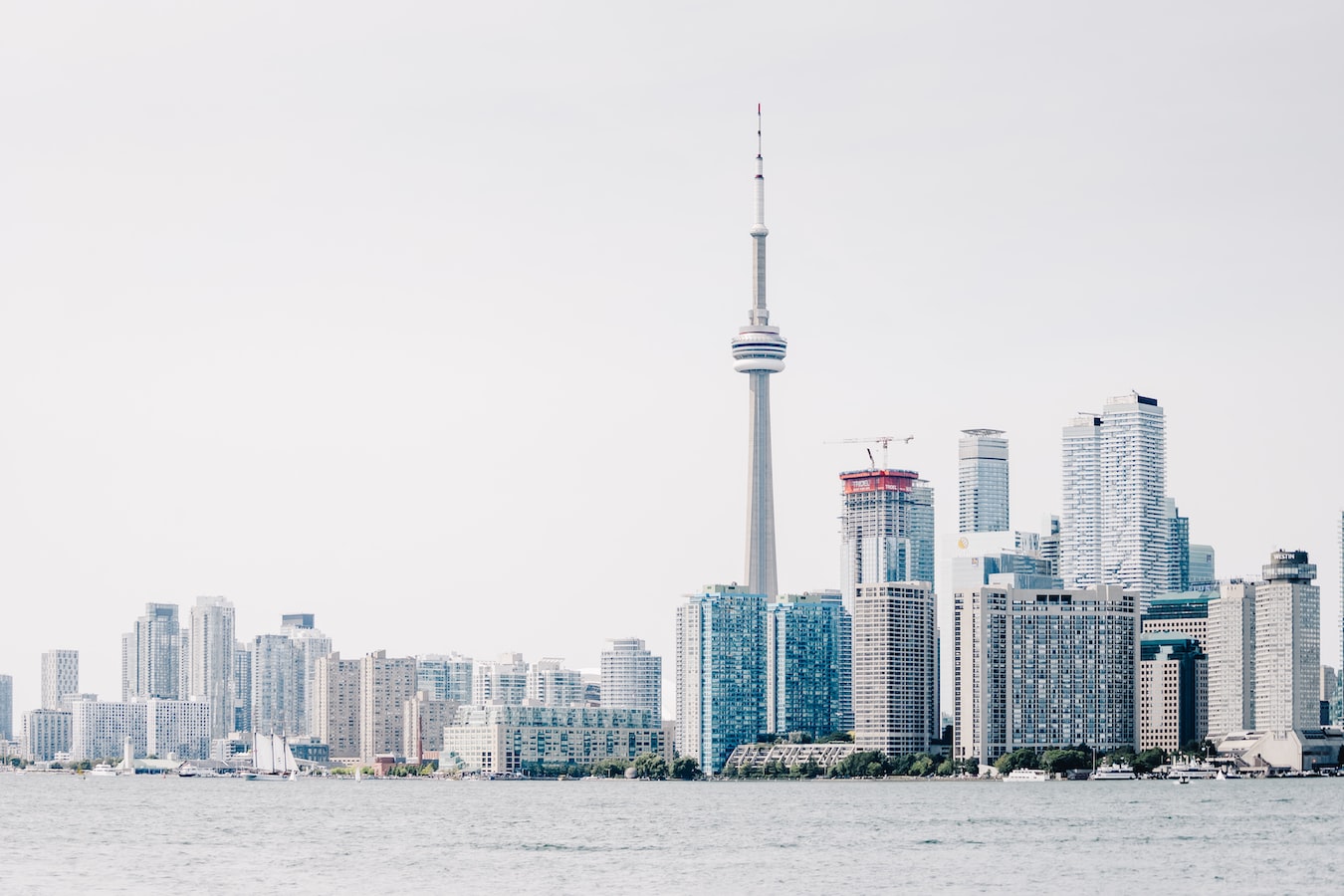 Coming to this city, tourists will certainly find many interesting places to visit in Toronto. Attractions of Toronto have their own appeal and aesthetics, different from European cities. Here, the construction of skyscrapers is going on simultaneously with the reconstruction of old buildings and the improvement of the architectural appearance of industrial facilities.

Toronto has a busy business, cultural, sports life, which annually attracts tens of thousands of travelers and makes the Canadian metropolis a popular tourist destination. If a tourist has a lot of free time, he should visit every district of the city.

If you're looking for places to go in Toronto with kids, visit the most popular Canadian park, widely known outside the country. The park occupies a huge area and contains a rich variety of all kinds of attractions, both for young children and adults. In total, there are about 140 entertainments in the park, 60 of which fall on roller coasters, beloved by daredevils.

For younger visitors, Canada's Wonderland has a colorful playground with many playgrounds. Also on the territory of the Canadian park, there is a water park, go-carting, a cinema, restaurants, and souvenir shops. In the evening, visitors can watch laser shows. And on weekends, there are performances by famous artists and spectacular entertainment programs. 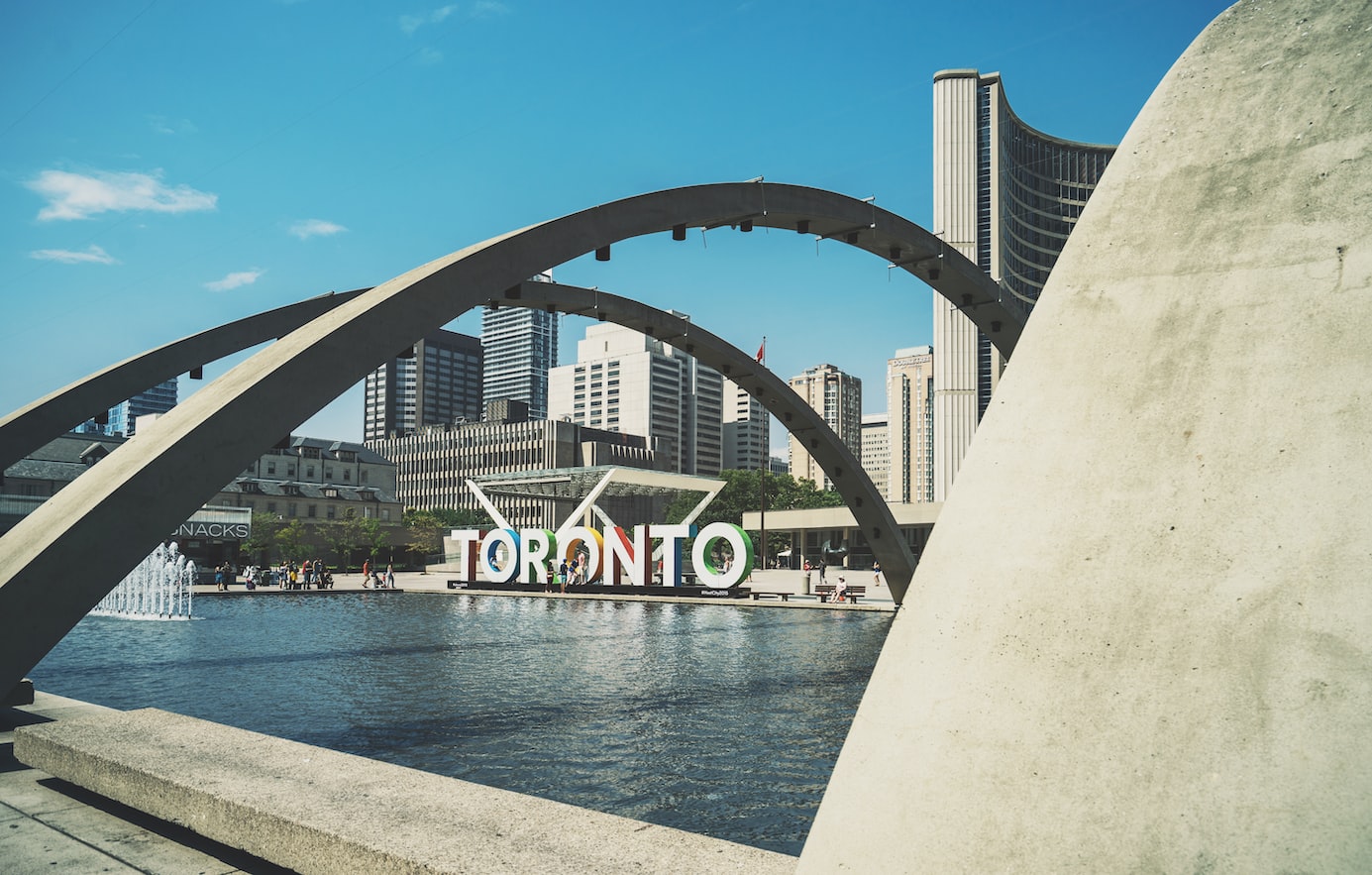 The largest zoo in Toronto is one of the three largest zoos in the world. It is not easy to walk the entire zoo from and to — the total length of the paths is 10 kilometers. Therefore, a mobile was invented for tourists — a train with four carriages.

For animals, the conditions are created that are characteristic of their habitat — the climate and nature of Canada, Eurasia, tundra, Africa, Australia, and other regions. A special temperature regime is maintained in the pavilions, the zoo staff monitors the air humidity, health, and nutrition of the animals. The dinosaur exhibition is of great interest. Tourists meet with models of different types of prehistoric dinosaurs. 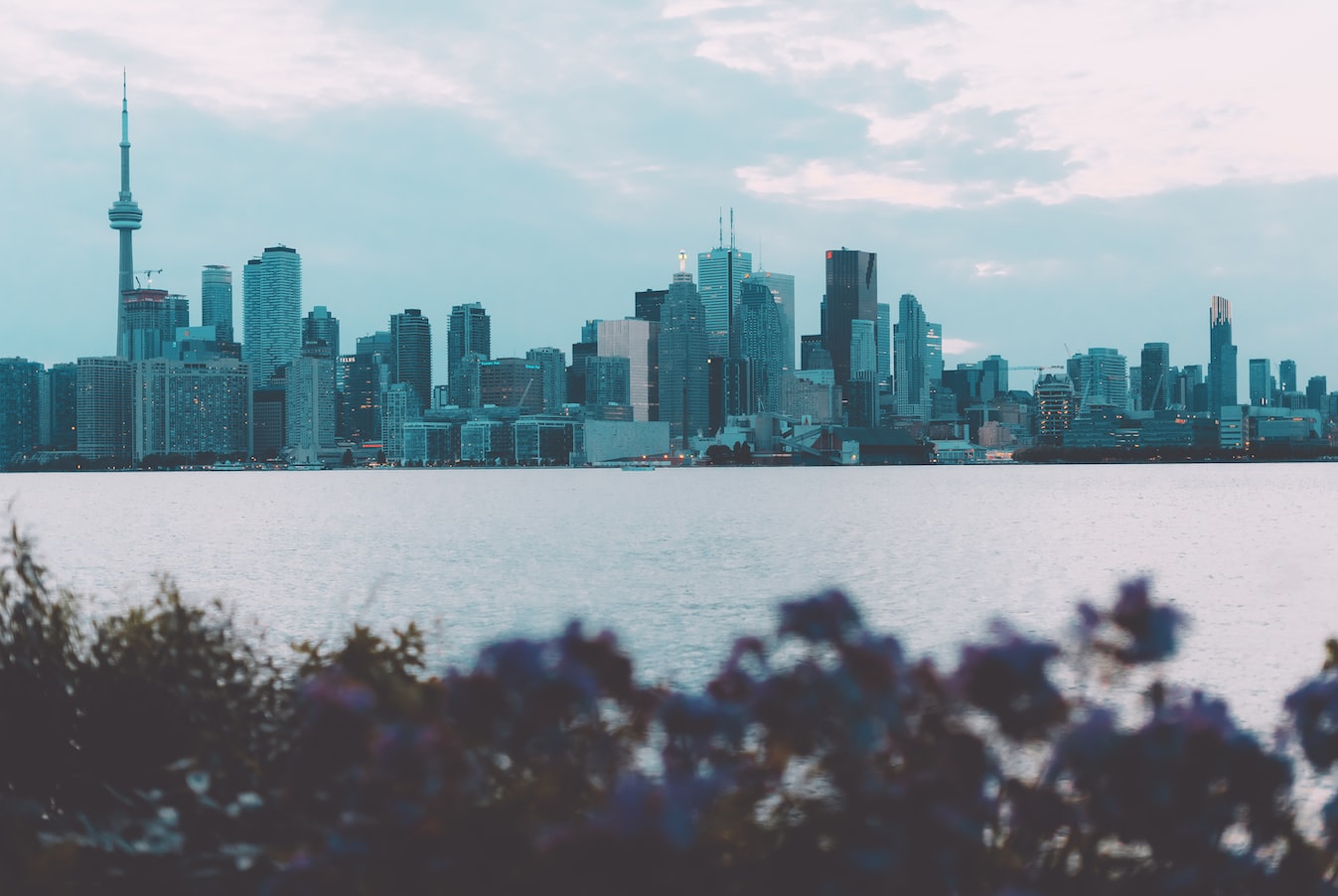 The roof above the main entrance creates the illusion of peeling off the earth's crust and opens a window to the underwater world. Ripley's Aquarium has 10 galleries, and all of them are worth seeing. A tour of it will take 3-4 hours on average.

The aquarium is divided into different areas.

In the «Discovery» center you can not only observe the underwater inhabitants but also touch the skin of rays and sharks. And at «Discovery», you can get up close and personal with the marine environment through interactive hands-on activities. 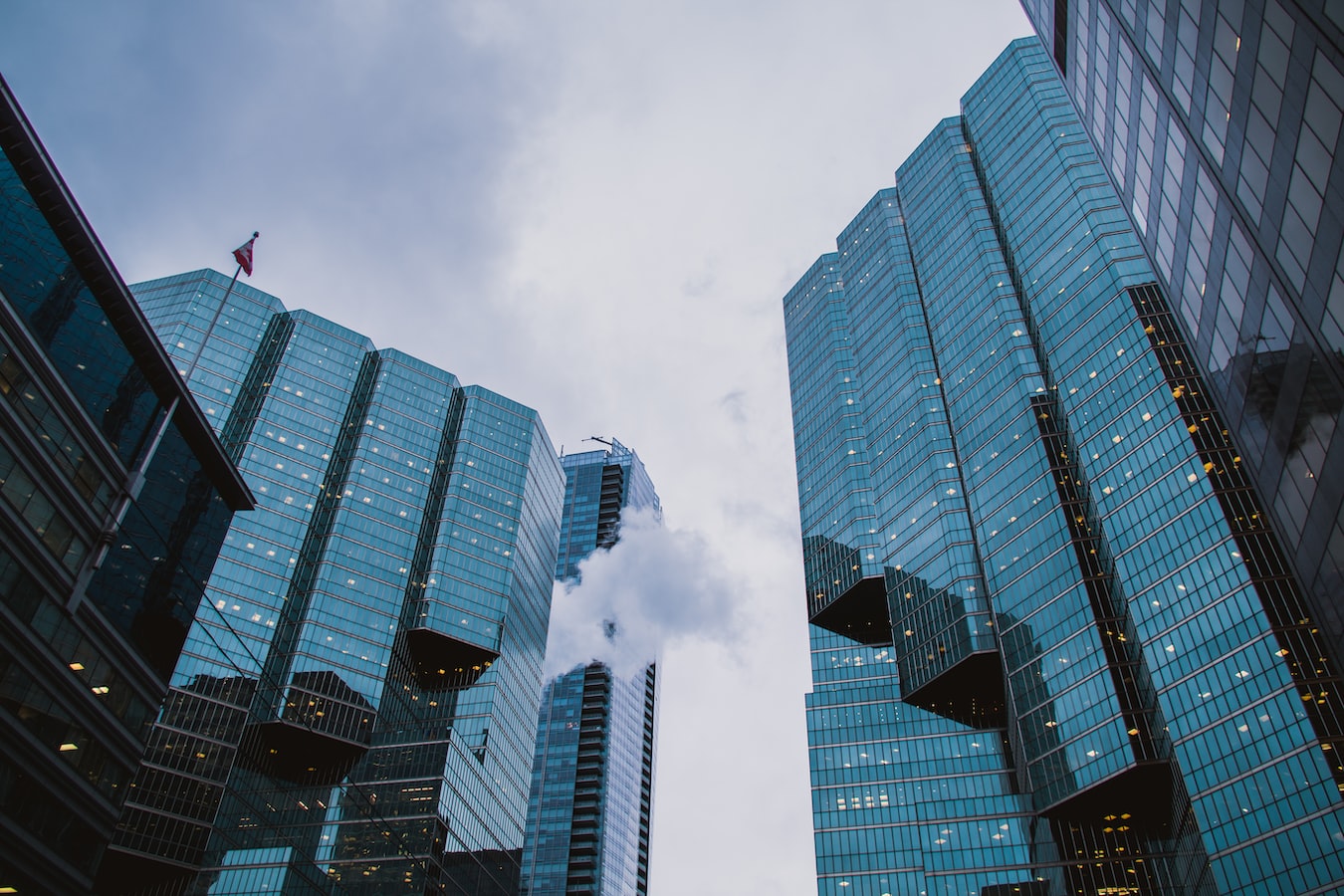 A museum designed to demonstrate and popularize the scientific achievements of mankind. It is a world of science and technology that inspires the study of sciences. On the territory of the museum, you can see the latest developments with your own eyes. The museum is aimed at the public from the youngest to adult visitors. It has more than 800 exhibitions and pavilions, where you can get acquainted with the discoveries of scientists from different countries in the field of laser technology, telecommunications, optics, biology, atomic physics, meteorology, and space exploration. An impressive part of the exposition is devoted to the exploration of the Cosmos. The museum is equipped with the most modern interactive means: visitors can touch all the exhibits with their hands, take part in experiments. 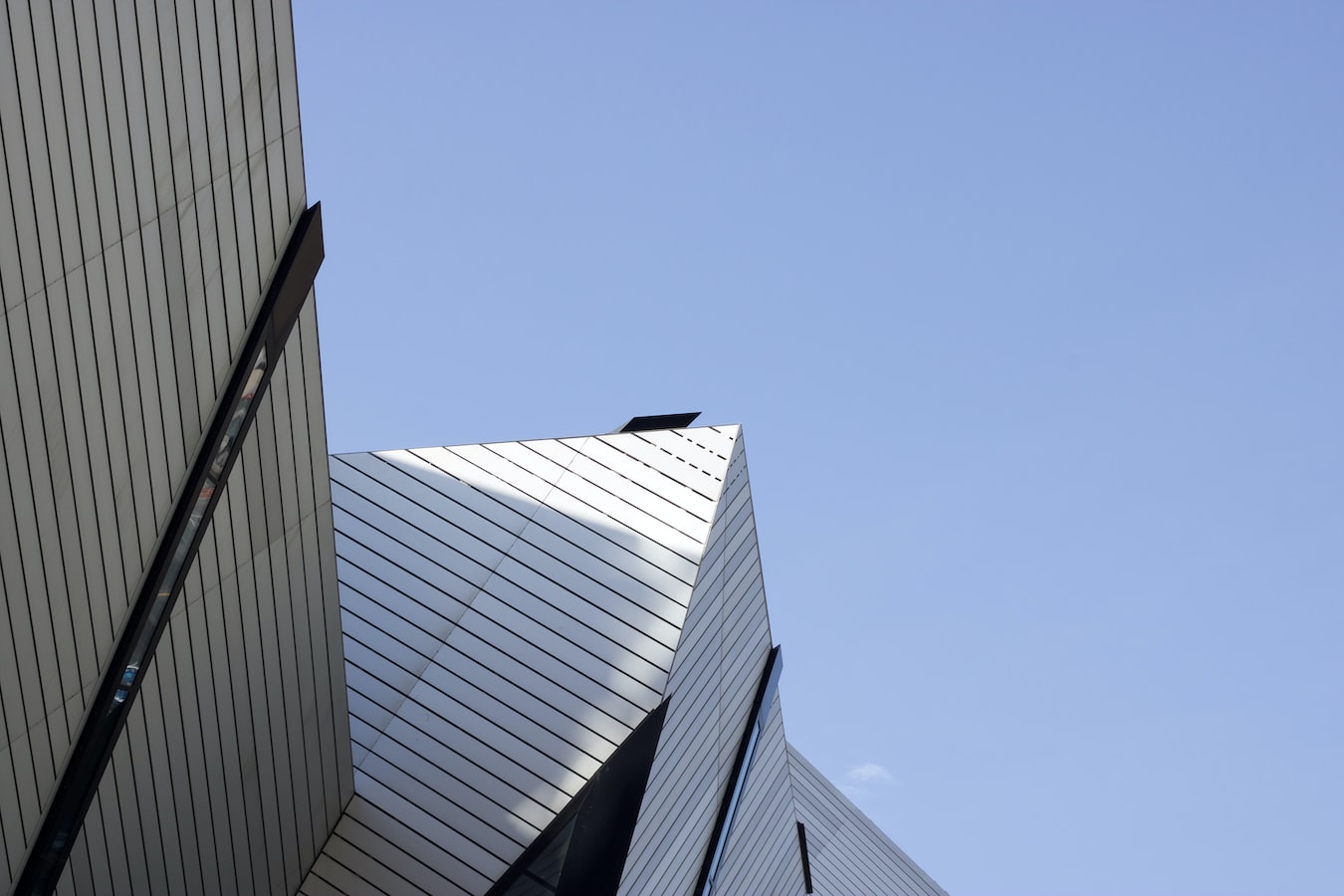 The Royal Ontario Museum is Canada's most significant ethnographic and historical exhibition complex and is also one of the five largest museums on the North American continent. More than a million visitors flock here every year.

The complex is located on the campus of the University of Toronto and boasts a huge exhibition of objects from around the world. More than 40 galleries and storerooms contain over 6 million exhibits. This is a collection of art samples from almost all continents, historical objects, stuffed animals and skeletons of rare animals, as well as archaeological finds. It also hosts regular exhibitions. 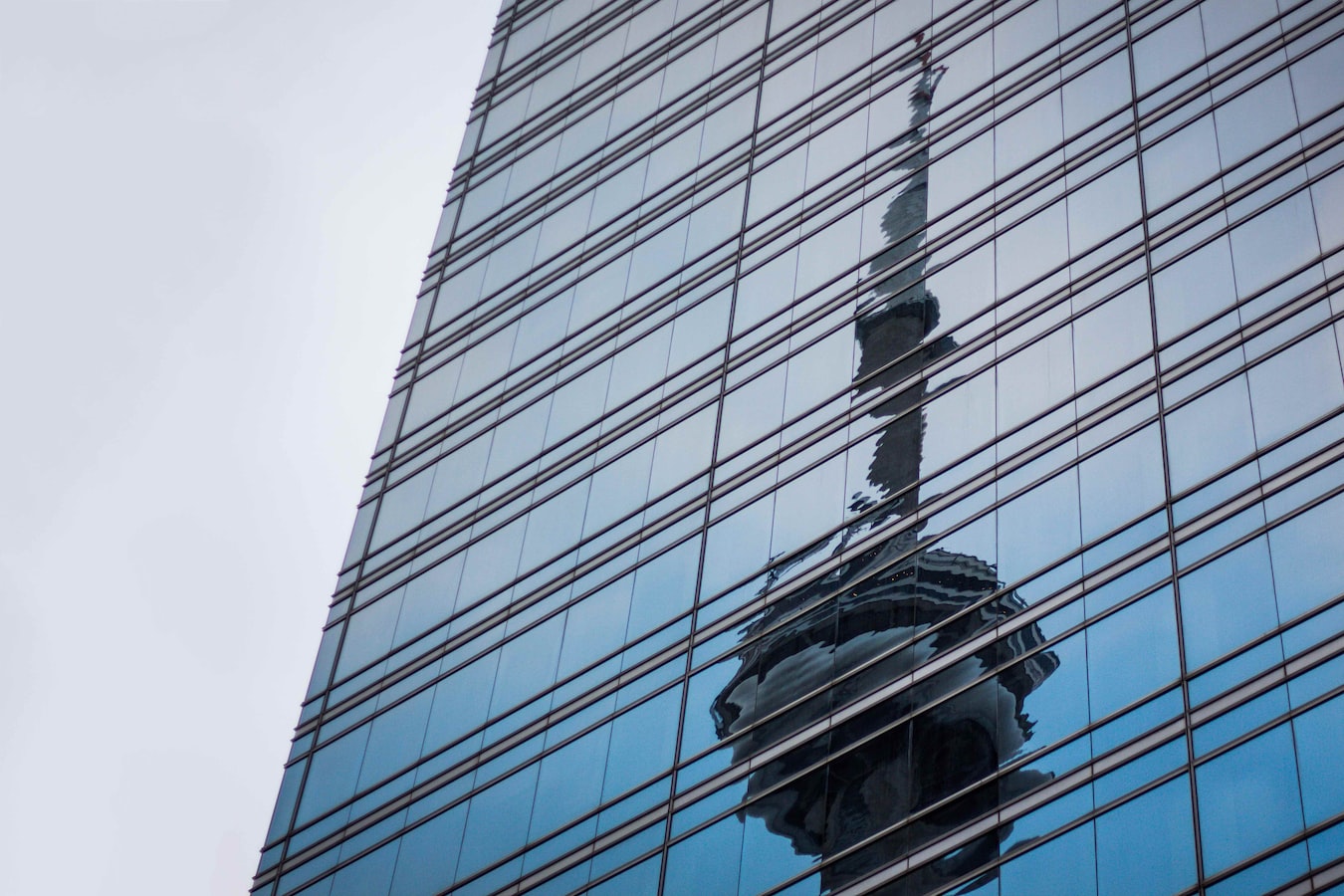 The Art Gallery of Ontario is one of the largest art museums in North America. The exposition of the museum occupies 45,000 square meters of exhibition space, art objects are located in 50 rooms. The gallery has 3 main collections: Canadian art, European painting, and sculpture by Henry Spencer Moore. The pearls of the collection are canvases by Tintoretto, Rembrandt, Van Gogh, Gauguin, Rubens, Edgar Degas, Picasso, Renoir, Monet.

The collection of Canadian art objects includes works by almost all famous Canadian painters since the last century: Francoise Sullivan, Jeff Wall, David Altmejd, Shirley Wiitasalo. Besides, the gallery is renowned for its collection of photographs of over 40,000 items dating back to 1850. The gallery regularly organizes major international exhibitions of various themes. 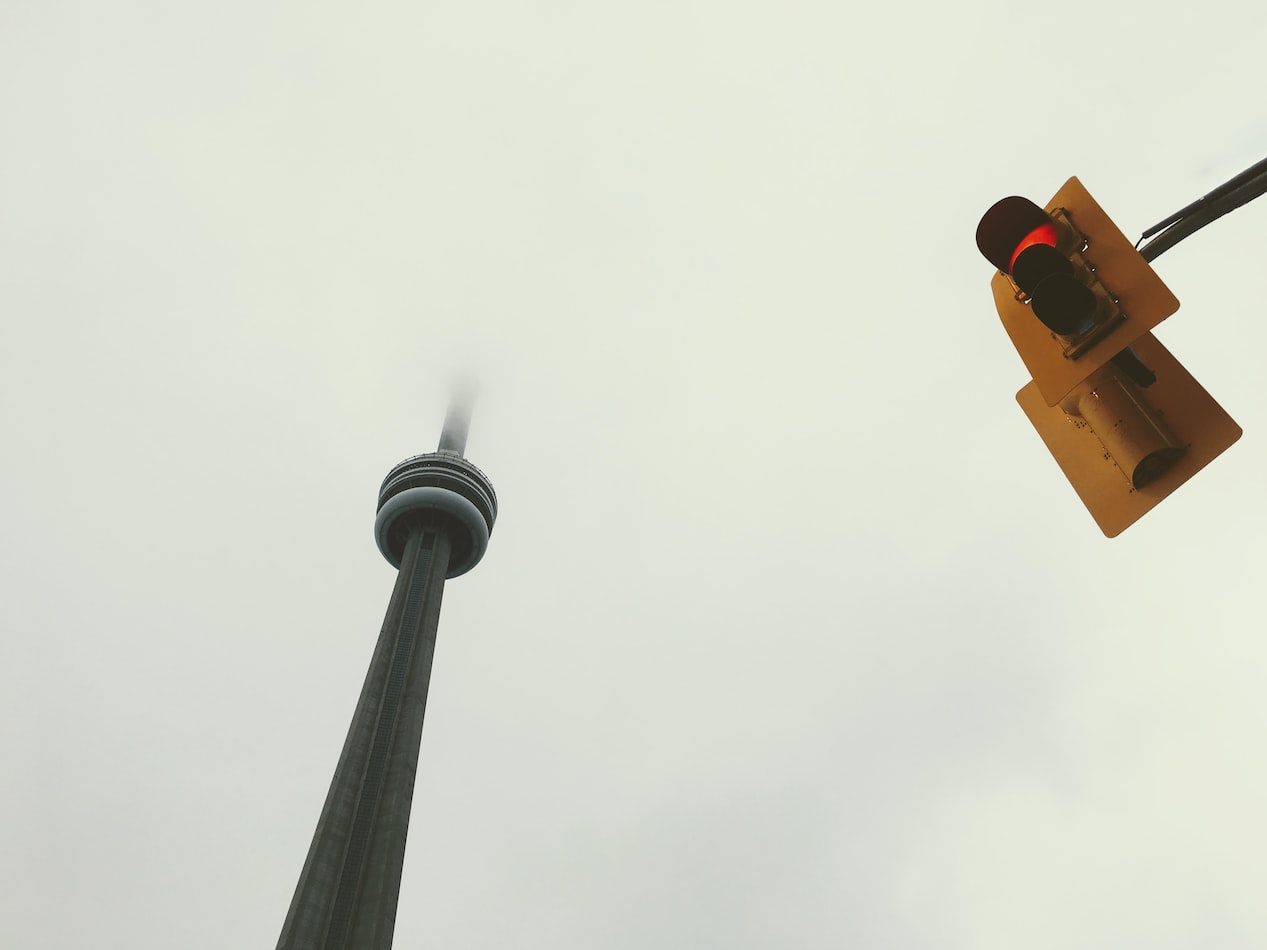 Toronto is an amazing sports city with a passionate fan base of many professional leagues and associations. Scotiabank Arena is the home arena for famous sports teams such as the Toronto Maple Leafs ice hockey club and the Toronto Raptors basketball club. Watching a hockey game — from the tribune of the Scotiabank Arena or any of the sports bars — will give you an unforgettable experience during your stay in Toronto! Seats must be booked in advance as tickets sell out quickly. 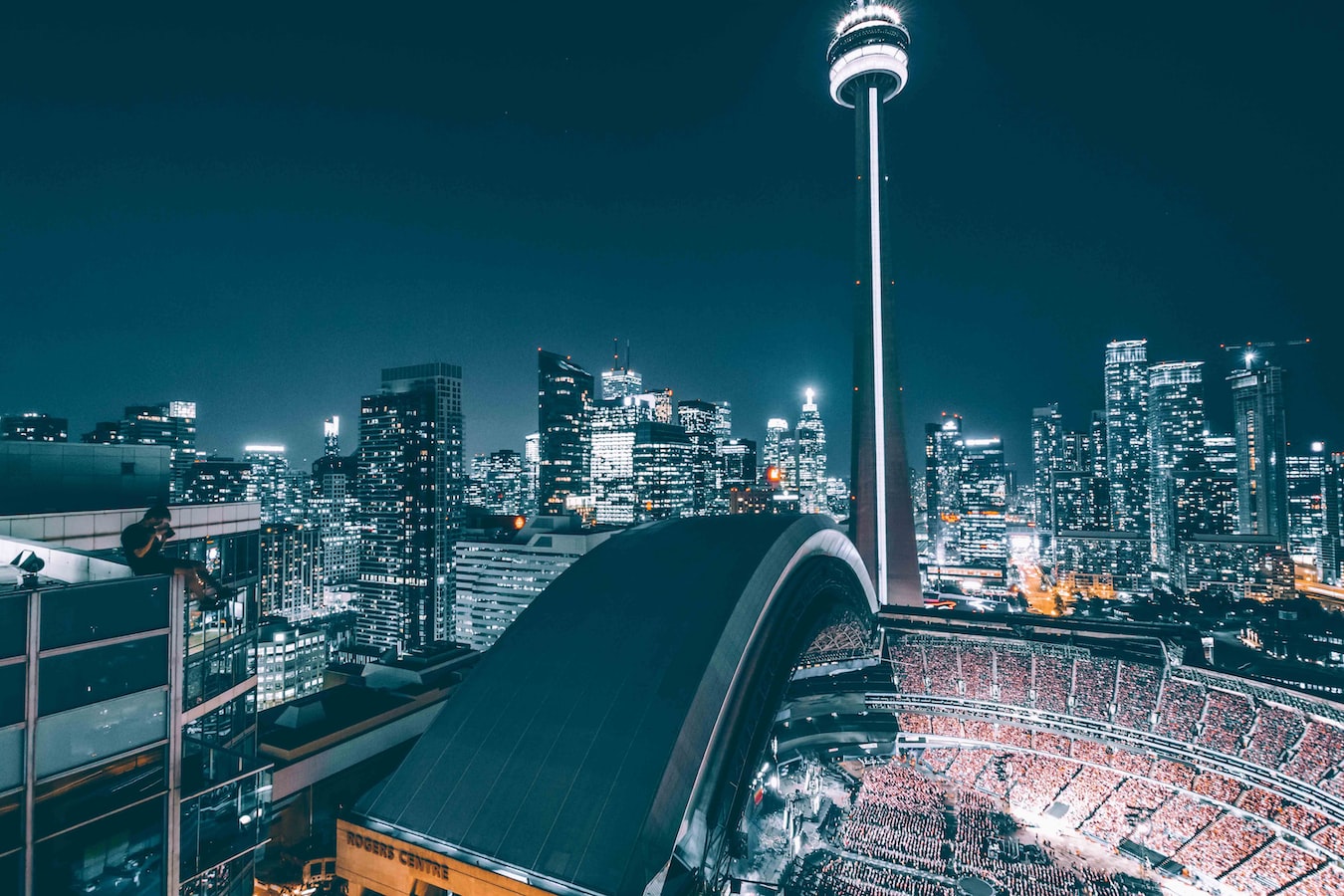 The Rogers Centre is home to the Toronto Blue Jays, the only team to play in Major League Baseball. The stadium is located at the foot of the famous CN Tower. Everyone who comes to Toronto between April and September has the chance to attend a baseball game while watching professional teams play from the rostrum of Rogers Centre in the open air! 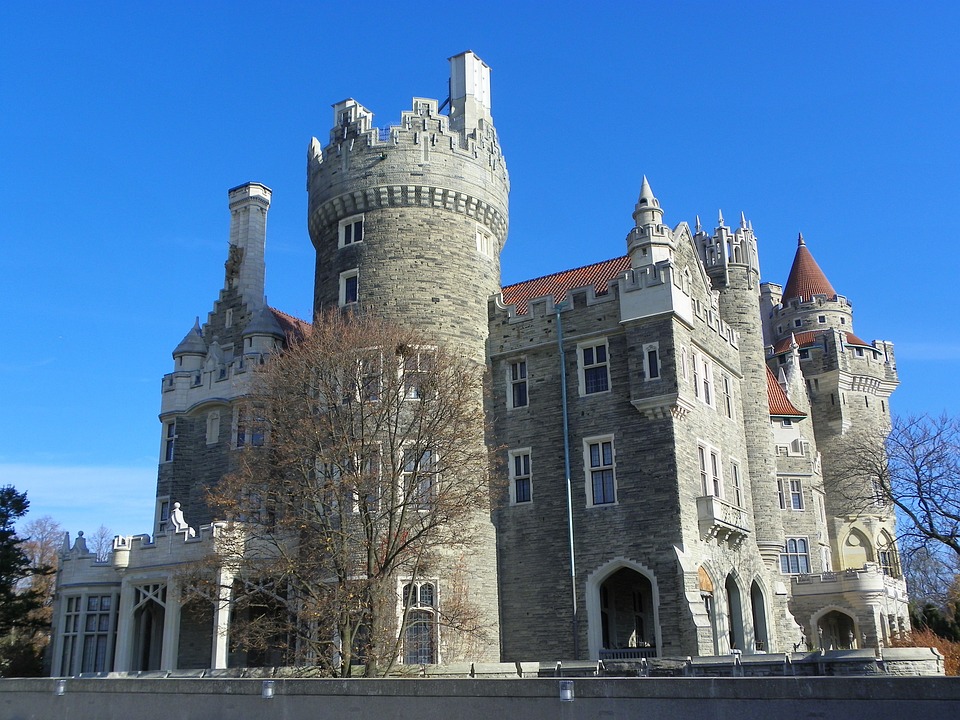 This intricate palace, one of the most popular Toronto sightseeing, combining different architectural styles, looks very colorful as if transferred to the New World directly from medieval Europe. Now it houses a museum. No hiking trail through the city center bypasses this incredibly beautiful complex. Here you can also witness a rich wedding or a luxurious private party for the lucky ones, for whom the high rental price does not care.

The history of the castle is interesting. Having amassed considerable capital in railroads and energy, Sir Henry invested part of his fortune in creating his own residence. The castle is considered the largest private mansion in the country. 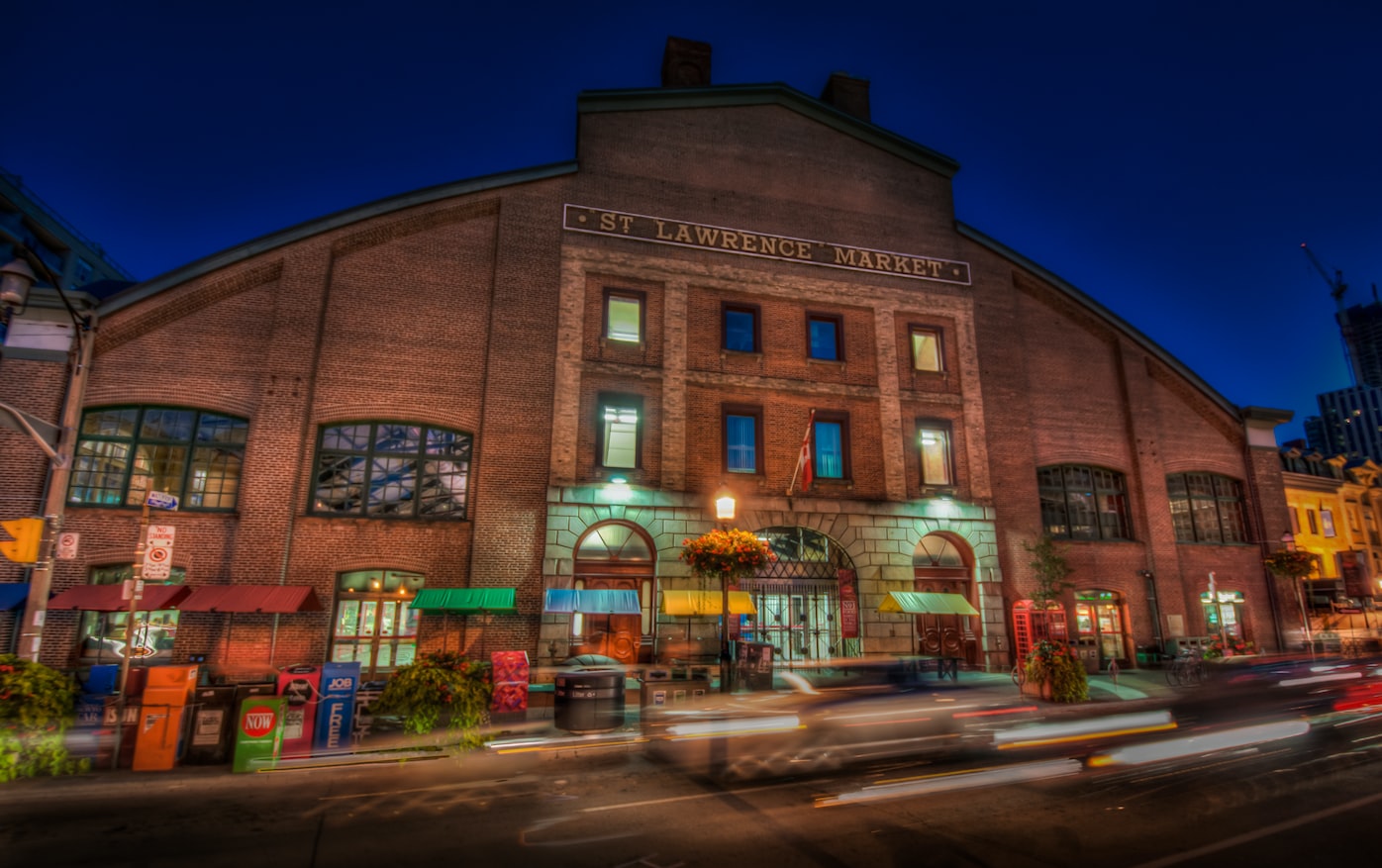 St. Lawrence is one of the largest markets in Canada and the TOP 10 best markets in the world (according to some sources). There are sells natural and fresh products of excellent quality, produced in the province of Ontario. The market sells pastries, homemade cheese, meat, and other farm products. The market has been operating since the beginning of the 19th century.

The calling card of the capital of the province of Ontario is the ultra-modern cultural centers, sports arenas, and green parks. Slender rows of skyscrapers rise against the backdrop of the blue waters of the bay, snow-white yachts scurry along the coast, and Canadians, satisfied with life, stroll along the well-groomed streets. It is this picture that most clearly characterizes the appearance of Toronto.